In the U.S. we love our pets. They are part of the family, so it’s tough to consider the possibility of the family dog or cat being used for testing in laboratories.

However, the practice is more common than we would like to believe, and has been going on for decades. According to the USDA, more than 1,000,000 dogs, cats, monkeys and other warm-blooded animals are used for testing each year in the United States alone. Liljegren Law Group’s San Diego personal injury lawyers put together this information to help readers understand how common animal testing is in the U.S., especially in California.

Which states test on animals the most?

When the word, “testing,” is mentioned, it refers to a wide variety of for what the animals are used. According to AnimalResearch.Info, cats share many cellular functions with humans, so they are used to study sensory systems and neuroscience, as well as potential cancer and HIV treatments. Dogs are used for heart research and safety testing of new medicines. Guinea pigs are still used in the study of nervous, respiratory and immune systems.

And not all tests are created equal.

Many facilities perform painful experiments on animals without giving them any pain medication.  Researchers claim that administering pain medication in these cases would defeat the purpose of the experiments and that the ends always justify the means.

The means of testing for these experiments is often where the controversy lies. For cats, such cruelties as drilling holes in their head or cutting off their ears have been reported, and for dogs, the fear and cold environments in which they are sometimes kept is a harsh reality. Since the creation of the Animal Welfare Act(AWA) in 1966, legislation has been in place to regulate the practice, but many still find it to be inhumane and without benefit, even 50 years after its enactment.

How Does the Animal Welfare Act Protect Animals?

The AWA was enacted because of a growing concern over the welfare of animals, as many of those used in testing were stolen. Originally the Act only governed the proper attainment of animals by research facilities, that said facilities be licensed and insured, and that their license be suspended if they were found in violation of the Act. It also put into law that dealers selling animals for the express purpose of research be subject to a five day waiting period between acquisition and selling of the animal, as well as provide records of the animal. This helped ensure the animals being sold had not been stolen. These changes had been long overdue, but as time went on it had become apparent that more legislation was needed. There have been seven amendments to the original AWA, and a few of them have been crucial in ensuring that animals are protected and treated as humanely as possible.

In 1970, measures taken to prevent the sale of stolen animals was expanded to cover transportation, housing and the general humane treatment of those used in testing. In 1985, it was amended under the Food Security Act and further clarified what is meant by “humane care.” It also increased penalties for violation of the Act, noting that the Secretary of Agriculture should inspect each animal research facility at least once a year, and expanded the minimum requirements for the transportation, handling and care of animals. Finally, the Animal Fighting Enforcement Act was added as a subsection to the AWA in 2007, and put into law the illegality and penalties of such practices.

California was the first to enact state law in correspondence to federal law. The state limits product testing on animals when alternative means of non-animal testing are available, and they enacted a “right to choose” statute, which stipulates that students can refuse to participate in activities that harm animals, including dissection. California is one of only 16 states to have such a policy, and one of only three to have the law regarding alternative means. The state even called on Congress to ban cosmetics testing on animals two years ago.

Loopholes in the Law

Despite all of the aforementioned regulations, it’s readily apparent that there aren’t anywhere near enough resources to enforce these laws. 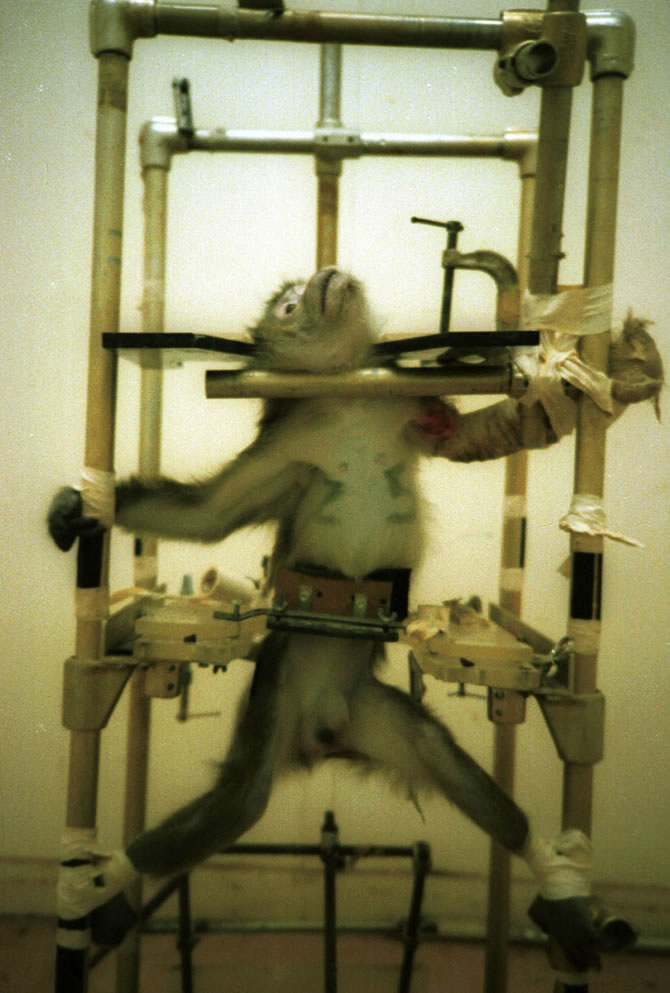 The Act itself is enforced by the U.S. Department of Agriculture (USDA) and they only have 115 inspectors to cover the 7,750 active facilities across the country. The infrequency of the testing, and the speed at which it must be done, can lead to ineffective enforcement. Even when a violation is found, the law stipulates that the USDA give facility operators time to correct their flaws, which sometimes leads to the same violations being found at the same facilities months later upon re-inspection.

Another problem is the definition of an animal under the law. Cold-blooded animals as well as mice, rats and birds are all excluded from protection by the AWA. In fact, a 2009 survey by researchers found that mice and rats who underwent painful, invasive procedures, such as skull and spinal surgeries and burn experiments, were provided with post-procedural pain relief only about 20 percent of the time. While the USDA is in the process of getting these animals some form of coverage, nothing is in place just yet. And while the law covers research facilities, federal facilities such as the Centers for Disease Control don’t have to register or even be inspected by the USDA.

While California actually tests on more animals than any other state in terms of total number, the state has the most compassionate animal protection laws, according to the Humane Society. In fact, California is one of only three states – along with New Jersey and New York – that has legislation:

There are other interesting differences as well. For example, Wisconsin is at the top of the list of states that use the most dogs in testing, but near the bottom of the list of states that use the most cats. One reason for this could be the trouble UW-Madison got into recently. While their intentions may have been noble (the research being done was intended to improve cochlear implants) their practices bordered on appalling. Cats in the lab were killed and dissected after having metal restraint posts screwed into holes drilled in their skulls, electrodes put in their brains and steel coils implanted in their eyes.

Section 2143 of the AWA goes into great detail about how researchers should treat the animals, but the language is still rather ambiguous. It mainly says that pain should be minimized during experiments, although painkillers are not required by law no matter the type of research being conducted. The AWA allows test animals to be shocked, poisoned, burned, starved, forcibly restrained, addicted to drugs, and brain-damaged – among many other things. No experiment, no matter how painful or trivial, is prohibited.

The aforementioned practice of testing “with pain, no drugs” – when animals are not given medication for any pain they experience during testing – is appalling, but perfectly legal. Vivisection – or operations on living animals – has great psychological and physical effects on the animals being used as test subjects. One undercover investigation revealed monkeys mutilating themselves and ripping out their own hair due to “stress-induced psychosis.” The day in and day out stress put on animals, even in minimally invasive experiments, is sometimes too much to handle.

How effective is animal testing in ensuring that the drugs and products are safe for human use?  This is a key point of contention between researchers and those against the use of animals in testing.  The answer is somewhat muddled, but clearly, what works on animals doesn’t necessarily work on humans. This can be very dangerous for a couple of reasons.

Time and time again, therapies and medicines that have proven to be safe and effective in animals have often been found to be unsafe and ineffective in humans.

The FDA reports that 92 percent of drugs approved for testing in humans fail to receive approval for human use and more than half of those drugs approved are later withdrawn or relabeled due to serious or lethal adverse effects in humans. The arthritis drug Vioxx is perhaps the most notable example.  After appearing to be safe in animal studies, but was withdrawn from the market in 2004 after causing over 60,000 deaths in the U.S. alone.  *one study potentially links over 500,000 deaths to Vioxx

According to neurologist and public health specialist Dr. Aysha Akhtar, volunteers of clinical trials are exposed to an especially high risk.

“If you were volunteering for a clinical trial, there is more than 90 percent chance that the drug that tested safe and effective in animals will be ineffective or unsafe in you.”

The opposite of this situation has the potential to be equally harmful.  Out of thousands of potential drugs tested, very few make it to clinical trials (about 5 out of 5,000-10,000). Many don’t pass the animal tests because of species-specific results. Yet, it can be argued that many of these agents could have been effective and perfectly safe in humans. Could we be passing on a potential cure to a debilitating disease because it didn’t work on a mouse?

Unintentional gender bias in animal testing may also have a significant impact on drug safety for both men and woman. For example, 80 percent of drug studies that use mice for testing use only male mice. This could lead to approval for a drug that is not be very safe for women – whom already report adverse side effects from drugs far more often than men.

Sometimes, testing on male and females mice are equal, but results are not reported separately based on gender, which can lead to inaccurate determinations in the readiness of a drug for human use.  In other cases, male animals are excluded from studies because they fight with each other, complicating results, and because the males sometimes have to be caged separately, which can drive up costs in cash-strapped labs.

Each of these scenarios could lead to different health outcomes, but the end result is likely a drug that is unsafe for, at least, one sex in humans.

Despite these cold truths, there are arguments made in favor of testing on animals. Some interesting discoveries have been made thanks to experiments with animals:

Of course, there are many arguments to be made against animal testing, namely the means by which these discoveries were made. It is likely that some animals experienced quite a bit of pain in the effort to advance medical science. There are many more to be made:

What You Can Do

If you want how scientists test on animals to change or for the practice to be eradicated completely, the best thing to do would be to contact your local representative. Making your voice heard can go a long way towards enacting change, and there is a lot of pending legislation that could help these animals. Other ways you can help are to avoid using products from companies that test on animals, donate to organizations who rescue animals used in experiments, or do something as simple as pay attention. All animal rights groups agree; if you care about the welfare of these animals used in testing, the worst thing you can do is nothing.