How Social Media Can Affect Your Personal Injury Case

Virtually every personal injury attorney will tell a client to avoid social media for the duration of a lawsuit, and for good reason. Social media posts are essentially public statements. You cannot claim a social media post is private property once you post it on a public platform, even if you post it to your own profile. Social media companies like Facebook and Twitter routinely work with law enforcement agencies to prevent and track criminal activity online. Those investigative techniques may work against you during a personal injury case in several ways. 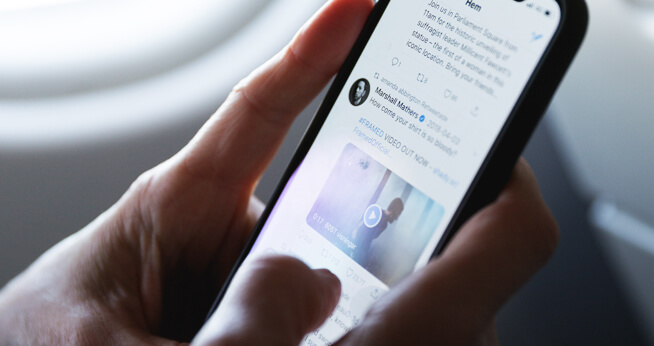 Social Media Can Hurt Your Credibility

A personal injury lawsuit allows an injured person to recover compensation for damages sustained due to another party’s negligence. The root intention behind a personal injury lawsuit is to make the injured person “whole” again after suffering injuries and/or economic losses due to the negligent acts of another party. When you post on social media, the statements you make on a public platform could cast doubt on your sincerity and the severity of your claim in the eyes of the opposing party and of the jury.

You should always expect the opposing party to review your social media profiles during the discovery phase of a personal injury lawsuit. Generally, the opposition will look for any and all statements or posts that conflict with your testimony.

For example, if your lawsuit alleges a broken leg and severe pain and suffering, loss of enjoyment of life, and an inability to work, posting a picture of you enjoying a ski trip with friends would conflict with your claim. Even if some time has passed between the date of your injury and the beginning of the discovery phase, it is best to avoid posting anything that could potentially cast doubt on your credibility as a victim.

What to Avoid Posting on Social Media During Your Lawsuit

Most plaintiffs do not exaggerate their damages or attempt to defraud the court system. The issue with social media use is not necessarily hiding the truth, but rather preventing out-of-context interpretations of social media posts. The opposing party will look for any posts they can make reflect as poorly as possible on the other party. Even if there is a clear and reasonable explanation for a post, the jury will undoubtedly make unconscious judgments about a social media post that could easily influence the result of the case.

If you expect to have a personal injury lawsuit in the near future, be sure to consult your attorney about social media usage. If he or she advises you to avoid social media during your case, it is best to do so to the utmost of your ability. Even if you decide to browse your social media feeds and friends’ timelines, refrain from interactions and do not post anything to your own profile.