Do I Need a Lawyer if a Police Officer Injured Me?

Freedom from unlawful searches, seizures and arrests is one of your fundamental rights as a U.S. citizen. While police officers in California have the authority to conduct investigations and make arrests with probable cause, they do not have the right to harass people. This includes discriminating against certain individuals based on color, ethnicity, race, gender, age or another protected class. Hiring an attorney for alleged police officer harassment could help protect your rights in San Diego. 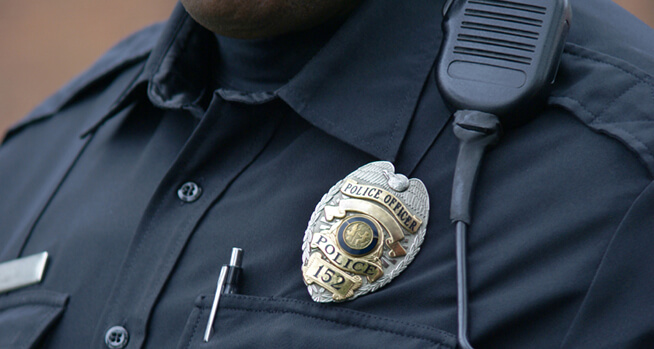 What Is Police Misconduct?

Police misconduct refers to unlawful or unethical actions police officers may take while on official business. Misconduct can describe anything from intoxication on the job to committing sexual assault. Some of the most common examples of police misconduct are racial profiling, coercion, false imprisonment, planting evidence, tampering with evidence, unwarranted searches and seizures, and police brutality.

Some forms of police misconduct put citizens’ lives at risk. Racial profiling combined with police brutality, for example, could lead to abuse or unjustified use of deadly force. Even more minor forms of police harassment, such as unlawful arrests or misuse of power, could lead to a suspect unfairly facing criminal charges or spending the night in jail. Police misconduct can have significant consequences on a victim’s physical, emotional and psychological health.

The Due Process of Law

Police misconduct does not only refer to physical harassment and unnecessary use of force. It also describes the failure to adhere to the due process of law. Due process is a constitutional right under the Fourteenth Amendment. Due process is a citizen’s right to fair legal proceedings before the state may deprive him or her of life, property or liberty. Due process limits a police officer’s power to help balance things between the government and the public.

The Fourteenth Amendment states that while police have the power to ensure public safety, their power only extends so far as is reasonable based on the circumstances. Every police officer must obey the rules of due process of law when making arrests or otherwise performing their professional duties. If a police officer takes his or her inherent power too far, the officer may owe the victim compensation for the unjustly taken life, liberty or property.

A police officer might be guilty of harassment if he or she acts in a way that infringes upon the suspect’s right to due process of law. This could involve unlawful detainment, discrimination or physical harassment. Ignoring due process could result in a variety of charges against the police officer, both criminal and noncriminal. It may be up to the injured suspect to bring these charges against the officer in question in pursuit of justice and compensation.

When to Hire a Lawyer

If a police officer harasses you in a way that causes you physical injuries, financial losses or emotional strife in California, contact a local injury attorney. Going up against the police force in San Diego is no small feat. It will take assistance from a team of attorneys to help you name the officer’s precise offense, file a personal injury claim and prove the officer’s guilt or negligence.

While it is not up to you to file criminal charges, it is in your power to bring a civil claim in pursuit of financial compensation. This process is easier with help from a lawyer. The police officer that harassed you or the larger police force may owe you monetary recovery for your economic and noneconomic losses. You could receive payment for your medical expenses, lost income, physical pain, emotional suffering and mental anguish.

A successful lawsuit could also expose police officer misconduct in your community, potentially leading to procedural changes. You may play a role in preventing similar harassment from occurring in the future. Working with lawyer could increase your chances of winning a civil lawsuit in San Diego.

This entry was posted in Personal injury. Bookmark the permalink.